If articles about young people doing really, really well prompt you to take a look at your life and cry at the stark contrast between their fancy restaurant outings and your sad, lonely nights alone watching Netflix with a bowl of cheap Chinese takeaway, you might want to stop reading now.

While you were busy gawking at fresh memes, four university students from the UK have revolutionised the trading world by creating an algorithm that has achieved a 65% accuracy rate, which is a pretty big deal in the trading world.

Ultimate4Trading is so good that even seasoned traders are cashing on the tool, taking advantage of the startup’s free public access.

Inventors John Cross, Abbey Walker-Jones, Matty Voss and Ash Patel all met on their first day of university, but only started work on the tool towards the end of their degrees. It turns out that John and Matty often made horrible trades on the stock market, giving them the inspiration to stop sucking at it so much. And so, the algorithm was born.

The trading tool works by analysing a massive amount of information and stock trends to predict the outcome of different trades. The most affirming aspect of their work is that even experienced traders can’t compete with it’s accuracy.

That’s right, robots are better traders than you’ll ever be. 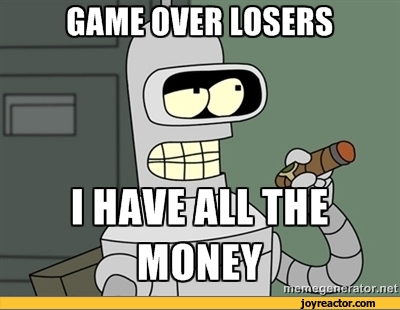 After completing their respective university degrees, the team dedicated all of their time to improving the tool, raking in hundreds of thousands of pounds and winning two Independent Trader of the Year awards.

Not bad for four people that just wanted to be better at the stock market. Kudos!

You can watch their video on Statup365.

9 Reasons Why it Wouldn’t Kill You to Smile

Degree Vs Experience: What Will Get You Further?