I have good news and bad news. The bad news is I can’t make your customers less annoying, your manager more competent or even increase your salary. The good news is, I’m going to show you how to get more out of the job you’re in, without changing any of the above. I’ll even guarantee it’s easier than finding a new job.

A sense of meaning or purpose

This is best illustrated by the following story.

A traveller notices two men at work in a quarry. Intrigued, he approaches the first man who’s chiselling away and asks “what do you do?” The man responds, rather nonchalantly, “I cut these big blocks of granite from the rock face and take them over there for my colleague.” The man goes on to explain he’s been doing this for 10 years and frankly, he’s bored shitless. He describes his work by what he does (most job descriptions).

Approaching the second man, the traveller notices he’s carving beautiful gargoyles and angels from a large granite block. “Wow, what are you doing?” the traveller asks. Recoiling from the traveller’s enthusiasm, the man responds much like his colleague “My job is to take these blocks and chisel them into statues. Trust me, the novelty wears off after the first week.”

Disappointed by their boredom, the traveller then notices an old man quietly sweeping the ground around the workspace. With some trepidation, he approaches the old man and asks “So… what do you do?” Beaming from ear to ear, the old man exclaims with pride “I’m helping build a cathedral!”

When we get stuck in describing our jobs by what we do rather than why we do it, it’s easy to disengage and feel it’s all meaningless. Satisfaction and even pride comes from having a purpose, maybe it’s saving the world or perhaps it’s just saving for a deposit – the meaning you give things is reflected in the satisfaction you derive.

What meaning have you chosen to give your job?

A sense of choice

Emphasis on the word sense. This is less about offering meaningful choices and more about the semblance of control. Psychologists have found that we equate choice with control and control with a better chance of survival.

Basically any choice is better that none, which is lucky because unless you’re self-employed, choosing what you do at work is rare, however good managers will allow autonomy (within reason) around how those tasks are achieved.

When offering choice, bear in mind that too many options can be counter-productive and lead to something called decision paralysis, or “What’s for Dinner?” syndrome. As a rule, two or three options should suffice, e.g. “Would you like to start work at 10am or 1pm this Sunday?” Or the rebuttal “Would you like me to work this Sunday, or next Sunday?”

A sense of progress 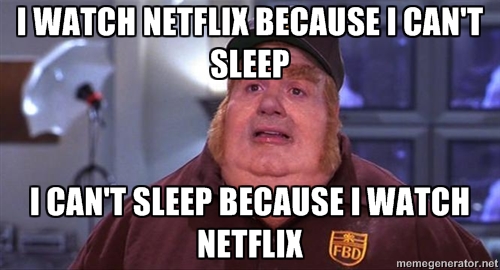 As Desmond Tutu famously quipped, much to the alarm of elephants everywhere, “there’s only one way of eating an elephant; one bite at a time.” I’m not going to debate the wisdom of his point, nor his choice of proverbs.

Yes, in the scheme of things that first mouthful is bugger all, but as these stories out of China indicate, endangered species are delicious and that’s some premium elephant steak you’re eating. If that’s not cause for celebration, I don’t know what is.

A sense of belonging

We yearn for belonging, whether it be to a family, a team, an obscure Facebook group, or in the case of Tony Abbot; the country of England. This desire can be fleeting, i.e. when the Socceroos win a game, we proclaim “WE WON!!” However, should they perform badly, we’re the first to say “THEY LOST!!”

Logos, team uniforms and socialising with colleagues can go a long way to promoting a sense of belonging. The great part about this is you don’t need management to take the lead. Showing even the most basic curiosity about your fellow workers can see a significant upswing in morale. You might even come away with a new real-life friend.

If after all this you’re still contemplating that sickie on Monday, then it might be best for all involved if you follow our handy guide for quitting you job.

Managing various projects for an issuer of deposit bonds, Eddy loves to spin a yarn in his own time, putting his wide range of knowledge to good use. The Hip Pocket marks Eddy's first soiree into the world of personal finance.
View all posts by Eddy Harrison-Lee →

Everyone Has an Opinion, But What About the Facts?