How would you feel about about your dead body being used as the chassis for a remote control drone? For these critters, the choice was far from theirs.

Considered a hobby, Dutch inventor and all-round weirdo, Bart Jansen, is the creator of these animal themed drones. When he’s not making Frankenstein aircraft, Jansen fits solar panels to earn a crust.

The madness began in 2012, when his beloved cat, Orville, was killed by a car. Instead of burying his pet like a normal person, Bart opted for the slightly more serial killer-esque approach of turning it into a fucking aircraft.

Jansen enlisted the help of technical engineer, Arjen Beltman, to bring the horror to life.

“My initial thought was ‘that’s kind of crazy’, but my second though was ‘let’s do it’,” Beltman said in a video for AJ+, proving that the line between sanity and batshit crazy is far  too thin to see with the naked eye. RETURN ME TO THE VOID.

Not content with the level of atrocity they had created, in 2013, the pair decided it was time that a dead ostrich took to the skies to grief the entire human race. 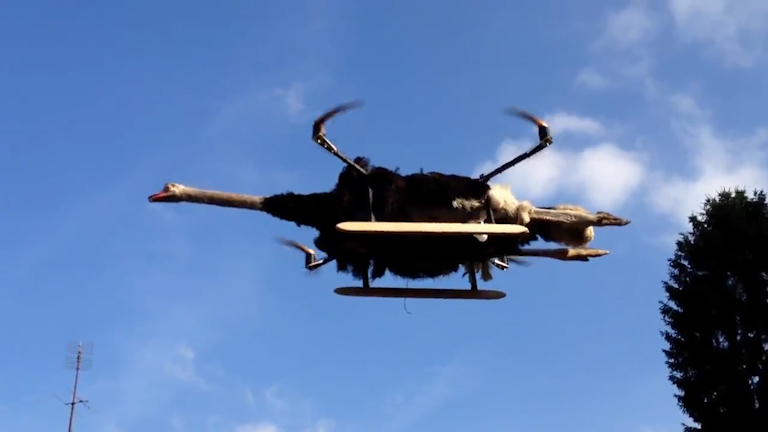 A year later, the duo used a dead rat that had been put down. Fantastic. 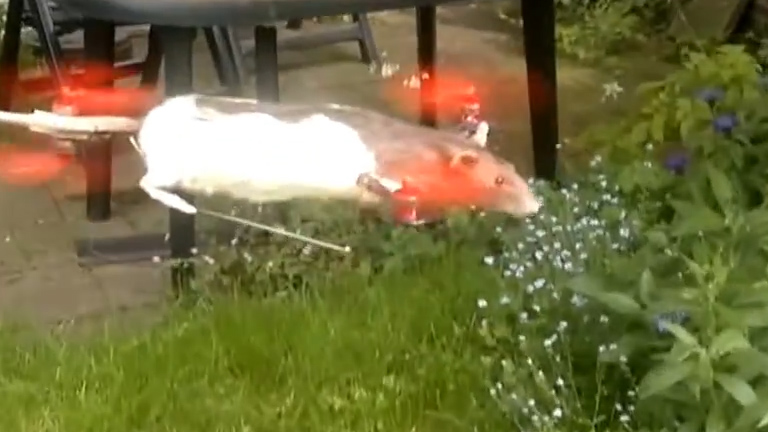 And then came the ‘Sharkjet’, which is exactly what it says on the box: a shark strapped to a small remote controlled jet, because even marine life isn’t safe. 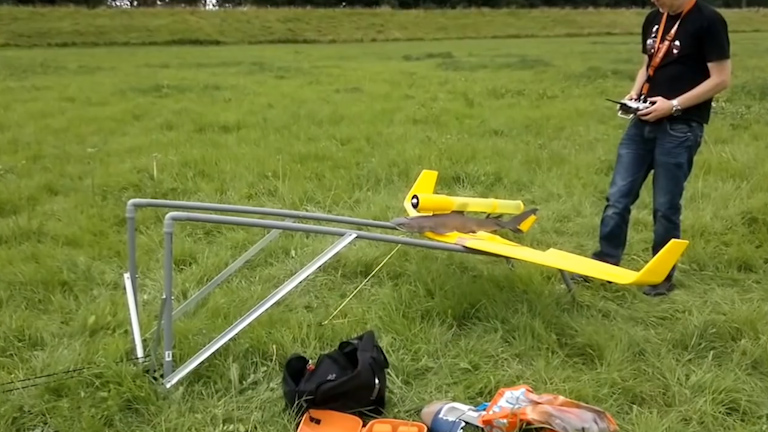 For their next project, the pair say they are creating an “animal-based craft capable of transporting a person”, reports The Sun. The result is sure to be utterly horrific.

How long it will be before they find someone willing to donate their body is uncertain at this stage, but a flying dead human is surely the last sign of the oncoming apocalypse. The first, of course, being Donald Trump’s puckered, orange head.

Surprisingly, there still seems to be no sign of a pig-copter, a drone with which you could probably have a lot of fun with.

Why Someone Else is Getting the Promotion You Want

Important Email Etiquette You Need to Be Aware Of