Once upon a time, in an office not so far away, I had a work phone. And you best believe it was awesome! I was essentially handed free data, although from a work perspective, it was obviously a means of being contactable 24/7/365.

But that was fine, as both myself and my employer were getting something advantageous.

My job, as with many others out there, required that I essentially be “on call” at all times. This really wasn’t as bad as it sounds, because the chances of anything going drastically wrong at obscure times was slim to none.

And if any situation should arise that required me to intervene, well that really wasn’t too much of a burden. In fact, handling it professionally outside of work hours most likely prevented a headache for myself and others the following day during work hours. I’d rather put out a candle than a forest fire.

All seemed well in my little world.  I had a responsibility that made me feel needed and an extra phone with a surplus of data.

But then, it started to happen; I slowly but surely became obsessed with my work phone. When an employer hands you a phone for work purposes, suddenly you feel obliged to be on the clock night and day, typically residing in your inbox.

What seemed like a cool perk at the start slowly revealed itself to be a pernicious curse. To quote the upstanding and noble Admirable Ackbar:

So starting with your phone, let’s lay down some guidelines that will help you to manage your work/life balance.

Turn off push notifications for your work email

I’ve worked at two different companies that have sent me to similar time management courses concerning the prudence of efficient work email use.

One of the things both courses specified was that email should not be used as a means of sending urgent communique, so if your phone is constantly abuzz with fresh emails, it’s more likely to be hindering your ability to get any real work done, or worse, it’s preventing you from taking a work-free lunch!

Urgent correspondence should be delivered in person or over the phone. Failing that, via a small rocket. 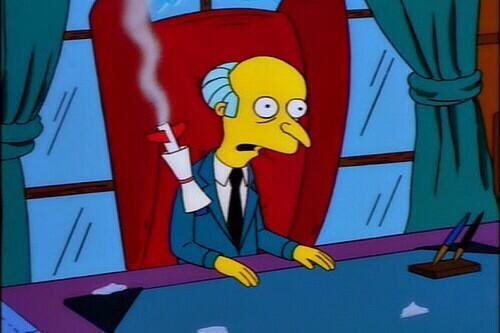 Schedule inbox checks throughout the day

Following on from the above, your emails can be a hindrance on your computer too.

Every time a new email notification appears and slowly fades from your screen, it is very tempting to stop what you’re already doing and read it. The purpose of emails is to provide you with information that can be read and responded to at some point during the day.

With this in mind, it’s much better to schedule inbox checks at intervals throughout the work day. You can set this up in several ways, starting by turning off email notifications on all of your devices, or better yet, closing your email inbox altogether.

Stick to the allotted intervals you’ve set for checking emails so that you can give your undivided attention to the task at hand. If you’re concerned about people getting “response angst”, you can set up an auto-reply advising the sender that you will respond to them at a specific time.

The best thing about most office environments now is that there’s so many different ways to communicate with each other.

For the sake of homogeneity, it’s a good idea to establish a communication hierarchy so that everyone is on the same page and things don’t slip through the cracks.

As I’ve mentioned, email is a non-urgent means of communication. Should the occasion arise, however, where you do need to convey something urgently, pick up the phone, or if they’re close, just walk over to their desk and have a conversation face-to-face. If this method of communication is foreign to anyone, face-to-face conversation is an archaic version of FaceTime. It has excellent resolution and zero lag.

And for any types of communication that falls in between, most workplaces have an IM feature, perfect for items that require quick action, but don’t necessarily warrant the ‘URGENT’ tag.

Don’t be afraid to reinforce these methods to pesky work colleagues who insist that you respond to them ASAP. If you educate them, they’ll hopefully adopt a similar hierarchy, or at least adapt to yours.

A Peek at Some of the Weirdest Homes Around the World

Is Cash On the Way Out?